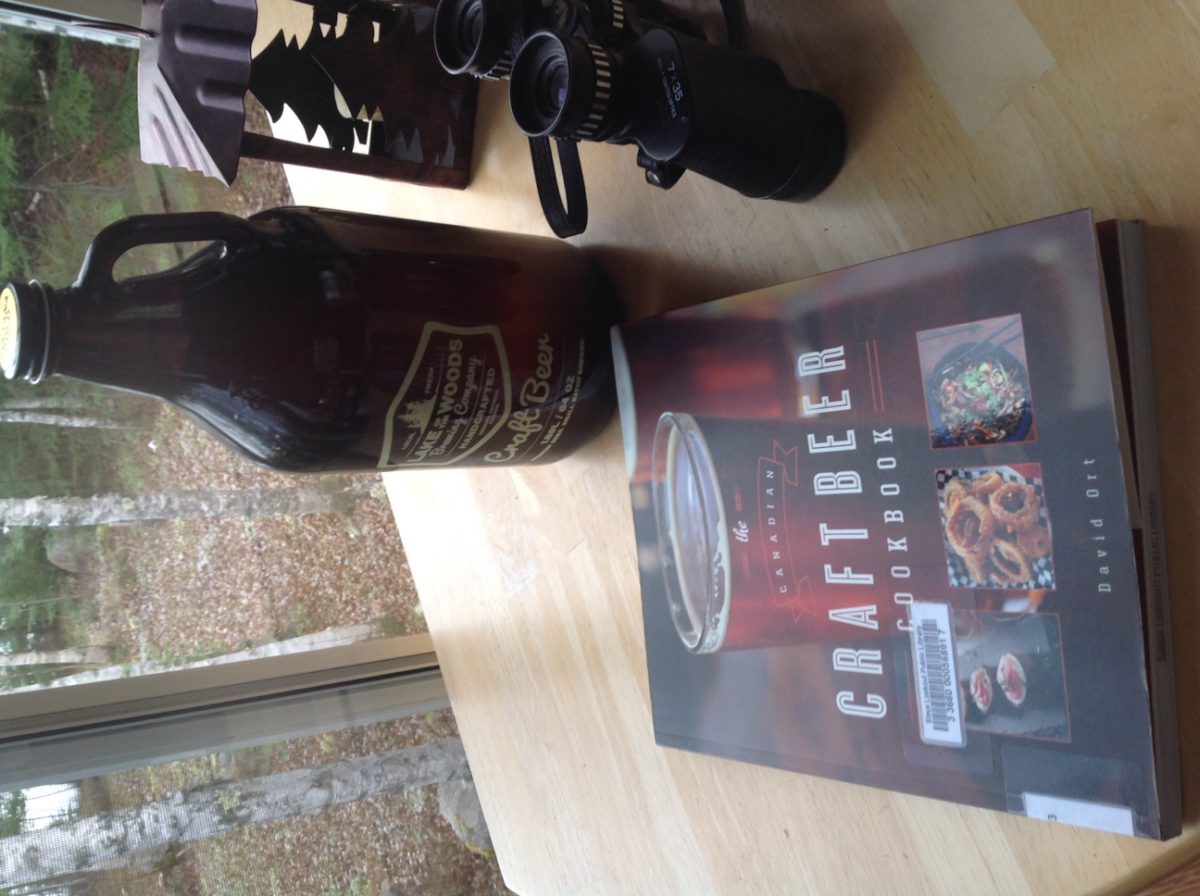 When it comes to beverages then, the question isn’t what type but which beer? In today’s marketplace, we’re not just talking Canadian, Blue or OV anymore. There are literally hundreds of different brews available, an increasing number of them being crafted by smaller breweries.

Local craft brewing has improved the quality of local beer a hundred fold, though one has to acknowledge there’s a price to pay; craft beers average anywhere from a third more to double the cost of the mass market brands.

Up here in northwestern Ontario, the Lake of the Woods Brewing Co. is making a name for itself. Kenora’s local brewery actually started a very, very long time ago, in 1898. It closed in 1954 when it could no longer compete with the big breweries like Labatt’s and Molson’s. Then, in 2013, with craft beer changing the beery playing field, entrepreneur Taras Manzie revived the brand, with brilliant success.

Since opening in 2013, LoWBrewCo has brewed 820 batches, amounting to over 1.6 million litres of beer. This year Lake of the Woods scored a $150,000 grant from FedNor to help it build a canning facility, expand its production capacity and expand into cold-brew coffee and liquor distilling.

Despite LoWBrewCo’s contribution to the Kenora and area economy in terms of jobs, business tax and tourism, the municipality of Kenora is lobbying the provincial government to increase tax on alcohol producers based on the relationship between alcohol abuse and policing costs. Talk about shooting yourself in the foot! Maybe Sioux Lookout’s town council could offer a tax incentive for LoWBrewCo to set up their new canning operation right here.

But I’ve strayed off topic. The book that inspires this week’s column is The Canadian Craft Beer Cookbook, by David Ort. For beer aficionados everywhere the next best thing to beer is food made with beer.

This sumptuous book is full of luscious pictures of delicacies from gingerbread to risotto, soup to pretzels, lamb shank to the tradition beer battered fish. Each is accompanied by the recipe for making them and the recommended brew to use in the recipe and to accompany the finished dish.

There is a good introduction explaining the intricacies of brewing and types of beer and the book is interspersed with profiles of some of Canada’s beer celebrities, like Brad Clifford, champion nanobrewer (that’s even smaller than micro) and Mirella Amato, owner of Beerology, and one of the world’s few “cicerones” an expert taster/tester with an encyclopedic knowledge of beer (like a wine sommelier). Who knew the world of beer could be so intricate and expansive?

Next summer, who knows, we just might find someone serving up Blueberries with Dark Abbey Ale Whipped Cream in Sioux Lookout during Blueberry Fest.

Do you have a favourite beer batter recipe? Below is the one from the Canadian Craft Beer Cookbook for you to try.
…

Lay out two cookie sheets with a wire rack on each for draining the battered fish before cooking and for draining off excess oil after cooking.
Set a Dutch oven with two inches of oil on medium heat. Heat to 375 degrees (190 C).
Pour cold beer into medium mixing bowl. Sift the flours into the beer (use finest mesh). Add baking powder and salt. Combine but do not overmix.
Dust the fish with the extra rice flour. Dip fish into batter. Drain slightly then lay gently into hot oil. Don’t overcrowd the pan.
Before flipping the filets, add a dollop of batter with a spoon to the top of each to add crust to the top side. Cook until golden brown, about 4 minutes per side. Drain on rack and season with fine sea salt.
…