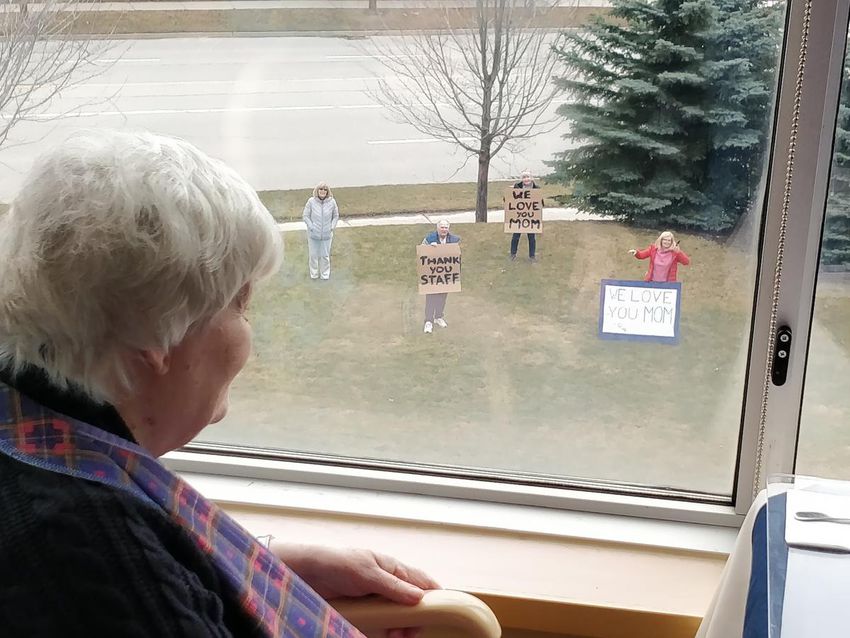 Microsoft founder Bill Gates might never have expected that within 40 years of founding Microsoft and its groundbreaking interface, Windows, that the entire world would be partitioned behind “windows” both virtual and real.

Today, as never before, something stands between us and reality, whether it is the screens of our various devices; tablets, laptops, desktops, phones, or the windshields of cars for curb-side pick up, or the barriers found everywhere in stores, libraries and banks, or simply the windows behind which we remain indoors, inside, cut off from the world.

Windows are everywhere and one must ask what effect they are having.

There are a lot of reasons why we might be feeling shaky; our sense of groundedness, reality, truth even, is based on direct experience. Second hand news, things seen online through so-called “social” media, are a poor substitute. In a doubtful world, self-doubt runs rampant.

One is reminded of the phrase, “though a glass, darkly” (1 Corinthians 13:12), which has inspired so much creative work, including a rather dark film by Igmar Berman.

It isn’t as if we haven’t been wrestling with the idea of mediated experience since Plato’s cave, whose chained dwellers know only what they can infer from the shadows cast on the cave walls. The windowless room and prison cell have long been condemned for their inhumane sensory deprivation. Today, the confines of prisons are no better than long-term care homes, both acting like petri-dishes for growing deadly virus. Windows, which promise relief by way of visual access to “the outside,” are in fact no solution at all.

What we need are doors not windows.